Available Formats: eBook
Publication Date: February 2020
When an FBI agent goes undercover at a Vegas wedding chapel, he doesn’t expect to get all shook up!

Steve Berringer is determined to get a mob boss who’s managed to slip through his fingers more than once.  When an informant reveals the crook is planning to get hitched at a certain Vegas wedding chapel, Steve sees an opportunity to get his man.  But he didn’t expect the undercover assignment to include being the Elvis impersonator… or that the wedding director Gracie would make him want to practice his hip moves.

Gracie Sergeant is tired of coordinating ceremonies for other couples—she wants her own dream wedding.  Her new coworker Steve is a hunk of burning love, but there’s something off about him, something she can’t quite put her finger on… although she’d like to!

(Note:  This story was original released in 2005; Stephanie has updated and revamped the story, adding 10,000 words for this modern re-release!) 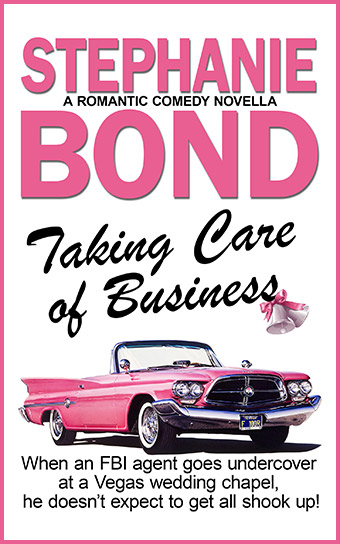 It Takes a Rebel

WIFE is a 4-Letter Word