I'm Kenzie Mansfield. I work for a NYC magazine, so you’d think my life would be fascinating, right? Notsomuch… until my girlfriends dared me to have a one-night-stand to celebrate my birthday to um, use a naughty gift they gave me. Hunky outdoorsman Sam Somebody from the bar was happy to oblige, and friend, it was a night to remember. I thought I’d never see him again, so imagine my surprise when he was the guest of my next morning editorial meeting—as the cover story. Can you say awkward?

(Here’s where things get weird.)  When my boss became convinced our magazine had fallen under a “cover curse,” she sent me to Nowheresville, USA to man-sit Sam under the cover of a writing assignment. I’m trying to keep a professional distance, but he’s wearing me down. And since I’ve never been outside the city, my unmatched clumsiness might put Sam in more danger than anything else… meanwhile, I’m the one in real danger—of losing my heart.  Ack!

A sexy romantic comedy that will have you laughing out loud!

(Note:  This story was originally released in 2004; Stephanie has updated and revamped the story for re-release.) 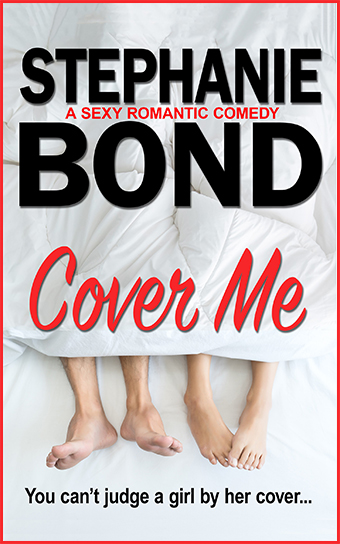