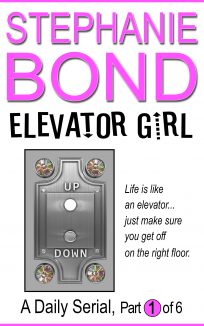 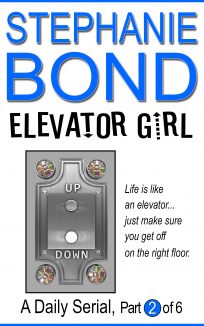 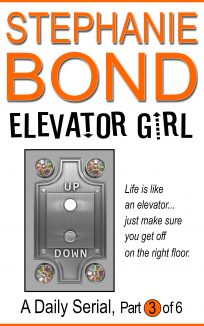 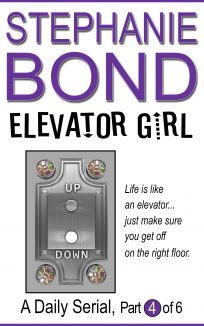 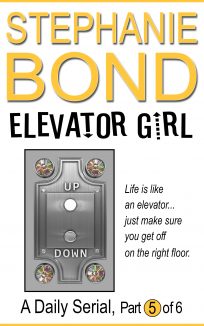 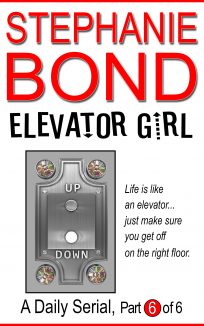 Life is like riding an elevator... just make sure you get off on the right floor.

Hello.  My name is Virginia, although I live in Georgia… Atlanta, to be precise.  Two years ago I happily clutched my degree in Hospitality Management, smug with the knowledge that I'd always have job security because no matter what, people would always travel, right?  And then the pandemic happened.  I feel guilty complaining about losing my job in the midst of so much tragedy, but it came on the heels of a bad breakup, and being partially abandoned by my jet-setting parents.  I was shook.

Thank goodness the economy is starting to reopen, but because so many hotels have closed permanently, there are three people for every hospitality job available, and I don’t have enough experience to even warrant an interview.  So when I heard of an opening at a historic hotel in Midtown that’s allegedly haunted, I showed up in person to beg for the job.  I naively told the eccentric owner I’d do anything… and that’s how I wound up being an Elevator Girl.

What’s an Elevator Girl?  Stay tuned, friends, for the story.  There are ghosts, an unsolved murder, and some of the most oddball guests imaginable.  Oh, and the mind-bending secret I stumbled upon in the basement.  In between I spend a LOT of time riding up and down, wondering where my life went wrong and how I can get off this ride.

The *FREE* ELEVATOR GIRL daily serial begins Thursday, July 1 and will run through December 31.  Come back to this page every day for a brand new episode!  Be sure to share with your reading friends so they can get in on the fun.

(Note:  Daily episodes display from approximately 4am Eastern to 4am Eastern.  If you'd like to catch up on the story or read ahead, novellas of each month's episodes are available in ebook exclusively from Amazon, see links at the top and bottom of this page.  Happy reading!)

Despite the promise of a headache and the knowledge of the pictures Eloise had kept, I traveled back again to have a late date with Alec.  When his face lit up, my worries dissolved.  He leaned across the bar and kissed me hard.

He winked.  “Don’t worry.  We’ll take it slow.  I want to know more about how all this time-travel works… and more about this clever phone of yours.”

He arched an eyebrow.  “Maybe you’ll get stuck here.”

My breath caught in my chest.  “That could happen.”

“I can only hope,” he murmured against my neck, sending gooseflesh over my arms.

Even as he moved away, my desire for him rose like a tide.  I’d memorized every detail in the pictures Eloise had taken, and my body had been on a slow burn.  Our chemistry was insane—the anticipation of making love with this man someday soon left me weak.

Was this how Eloise had once felt about him?

To vanquish the image of them together, I glanced around the lounge for a distraction.  The D.J. was teaching a group of people a new dance.  Across the room, a woman wearing a white veil was having a bachelorette party.  I took in the young pretty faces of the group of women and did the math in my head.  They would all be in their seventies now, as would Eloise, if she’d lived.

Two men sitting a few tables away caught my eye and I gasped to see Franklin Caper talking to my grandfather.  Both men were smoking and cradling mixed drinks—more than one from the looks of the littered tabletop.  My grandfather appeared to be deeper in his cups than Franklin, who seemed to be dispensing some kind of advice while my grandfather listened intently.

I bit into my lip.  I couldn’t very well intrude and ask them what they were talking about… but one of the men was still alive and might remember their conversation.  ~

A Note from the Author

If you'd like to catch up or read ahead for this month, click here to order the ELEVATOR GIRL, part 4 e-novella (OCTOBER episodes) exclusively from Amazon!