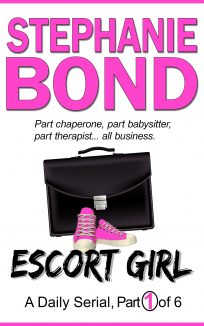 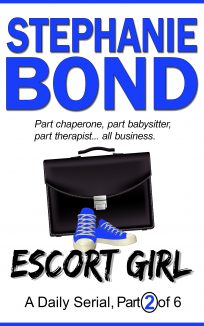 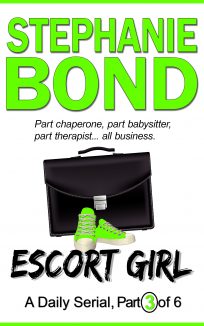 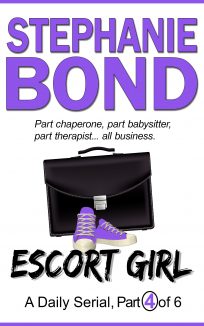 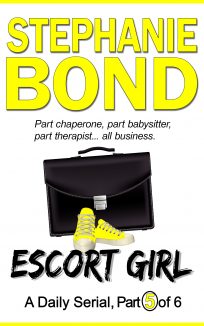 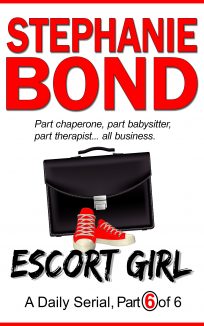 Hello, Friend.  My name is Ester Sharpe—of the Buckhead, Atlanta Sharpes.  Yes, my father is THAT Sharpe, the media mogul, and yes, my mother is THAT supermodel, from the 1980s.  (I look like my father.)  You probably noticed my family has been getting its own fair share of media itself lately since my dad lost his ever-loving mind and did some incredibly stupid things, including having an affair with a girl who’s my age—twenty-six.  In case you missed it, my mother went nuclear on his assets and they seem determined to murder each other in the tabloids and over social media.  They each want me on their side, which is amusing considering they’ve pretty much ignored me most of my life.

With all the unpleasantness associated with being a Sharpe at the moment, everyone thought it best if I left my marketing position with my father’s company and found something else until things quiet down.  Easier said than done, but I finally landed a job as an Escort Girl. No, not THAT kind of escort.  I work for a local PR firm and it’s my job to meet, greet, and be discreet with VIPs who come to Atlanta to publicize their music, books, movies, TV shows, politics, clothing, beauty products, food, housewares, charitable causes, or anything else they’re hawking to the masses.

I’m part chaperone, part babysitter, part therapist to these needy, attention-seeking celebrities, and I’m on call round the clock.  Because my family has always been in the spotlight, I know how to avoid a scandal, but my clients don’t always listen.  Still, my goal is to get them where they need to be (on time and sober), keep them out of trouble while they’re here, and send them on their way with as little damage to themselves and to others as possible.

I don’t want to do this forever… but for now it’s a good diversion from my own messed-up life.

The *FREE* ESCORT GIRL daily serial begins Friday, July 1 and runs through December 31, 2022.  A new daily episode will display on this page for 24 hours, approximately 4am Eastern to 4am Eastern.  Please send your friends a link to this page so  you can all follow along and read the entire ESCORT GIRL serial!  If you need to catch up or would like to read ahead, novellas for each month's episodes are available through Amazon--see links at the top and bottom of the page.

My mother stared, wide-eyed.  “He said what?”

I sighed.  “He said to ask if you’d be willing to give him another chance.”

She sputtered.  “Unbelievable.  After everything he’s done to humiliate me, he thinks I’d take him back?”

I held up my hand.  “Hopes.  He hopes you’ll take him back.  He said you two understood each other, that you’ve been through a lot… and you know so much about each other.”

She quieted, then worried her lower lip.  “So true.”  She crossed her arms and hugged herself.  “Do you think he’s on the verge of getting his job back?”

She set her mouth, then lifted her chin.  “Tell him I’ll think about it.”

I could only stare and nod my head.  “Okay.”

My phone rang and I looked down to see “Atlanta Police Department” on the screen.  My pulse jumped guiltily—did Detective Terry sense I was keeping something from him?  “I need to take this,” I said to my mother, then connected the call.  “Hello?”

“Detective Terry.  Would you come down to the station tomorrow to look at film from the concert?  Will probably take a couple of hours if you can spare it.”

I exhaled, then gave in to a rush of excitement.  Maybe I’d see something that would lead us—I mean, the police—to Mollie’s killer.  “I’ll be there.”  ~

A Note from the Author

If you'd like to catch up or read ahead for this month, click here to order the ESCORT GIRL, part 3 e-novella (SEPTEMBER episodes) exclusively from Amazon!